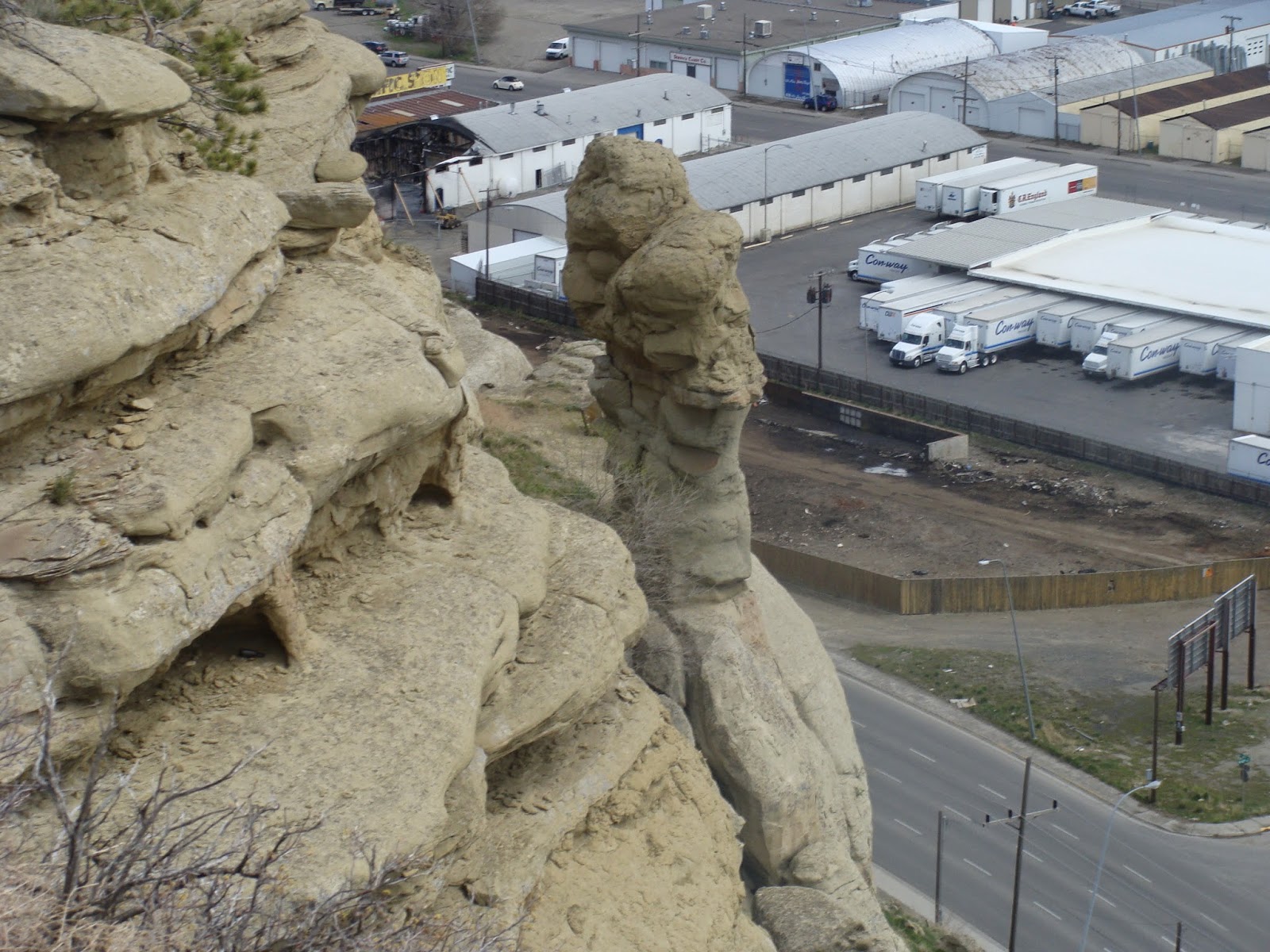 Billings, Montana, is known for a lot of things, however desert towers usually don't come to mind when one imagines the magic city.

The "Santa Clause Spire"  as I have called the rock formation since I was 6 years old, resides in Swords park in Billings, almost directly above Steep World climbing gym.  I remember looking at this spire of sandstone as a kid and thinking it looked like Santa Clause heading east with a bag full of presents on his shoulder.

This spire has seen few ascents even though it can be viewed from the largest city in Montana!  As far I know it has been climbed maybe 3 times.  Klaus Shock may have aid climbed it and the local legend Jim Rott freed the tower a few years back (a ballsy lead).  There probably were a few other climbers to summit the spire but who knows...

Bridget and I climbed the spire last weekend and it was a classic!  I have a certain affinity for loose rock and this tower fit the bill.  I sat at the base and stared at the spire for a while before deciding I wasn't meant to free climb the thing.  I ended up aid climbing the spire while standing in slings as I didn't bring aiders along.  It takes descent gear and is reasonably safe.  It's a worthy route for the Billings sandstone connoisseur with an inkling for urban desert spires. 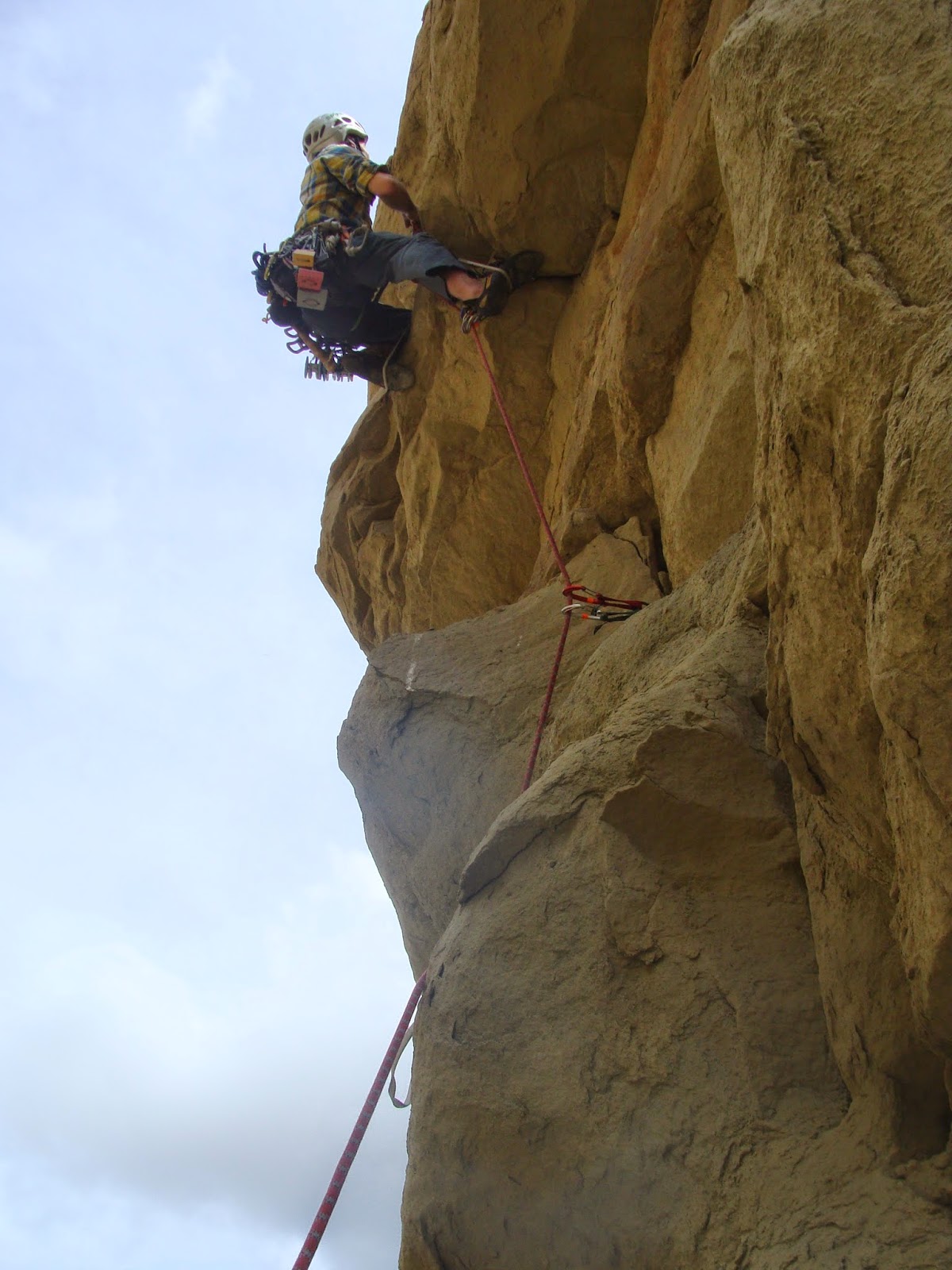 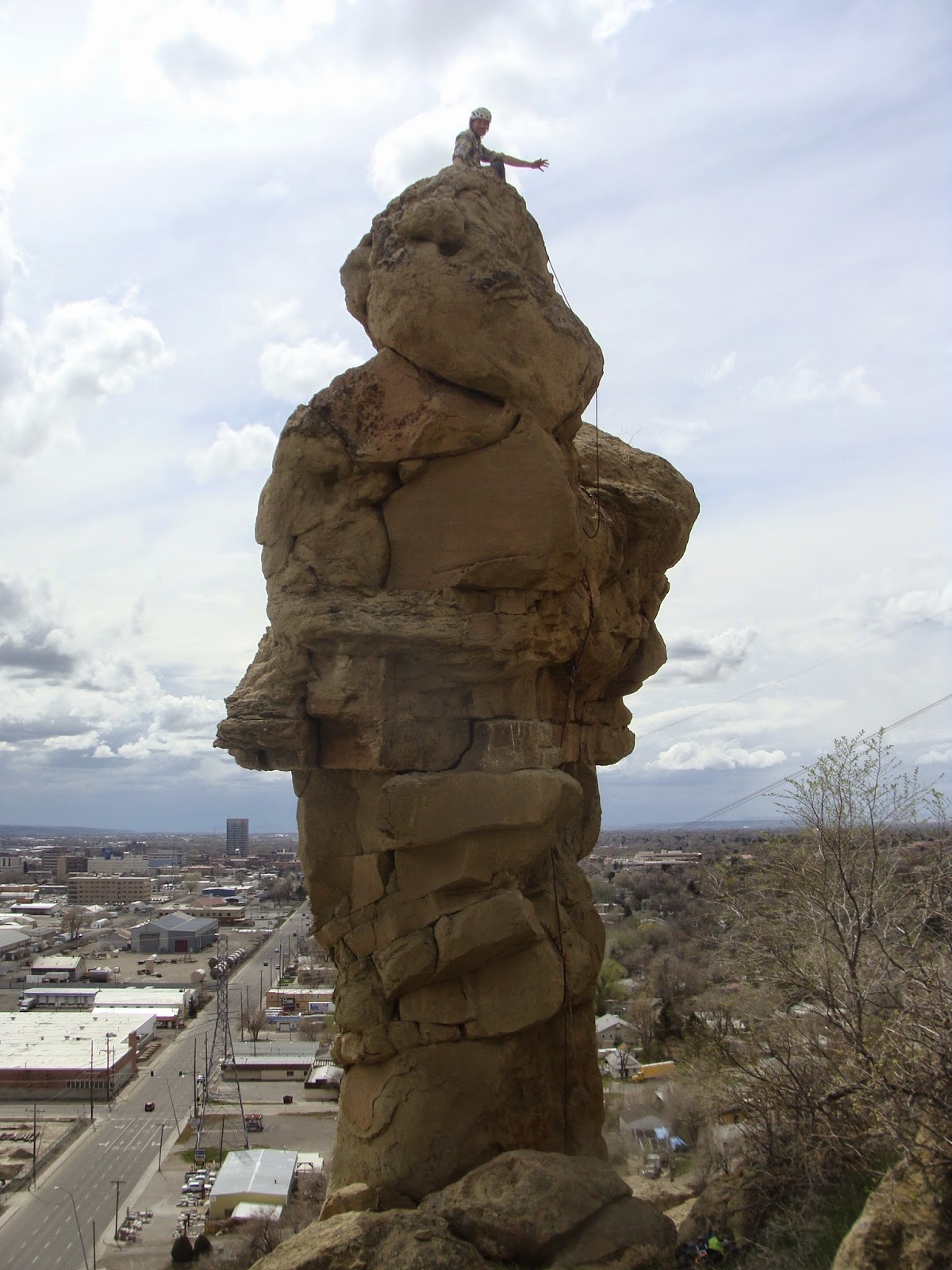 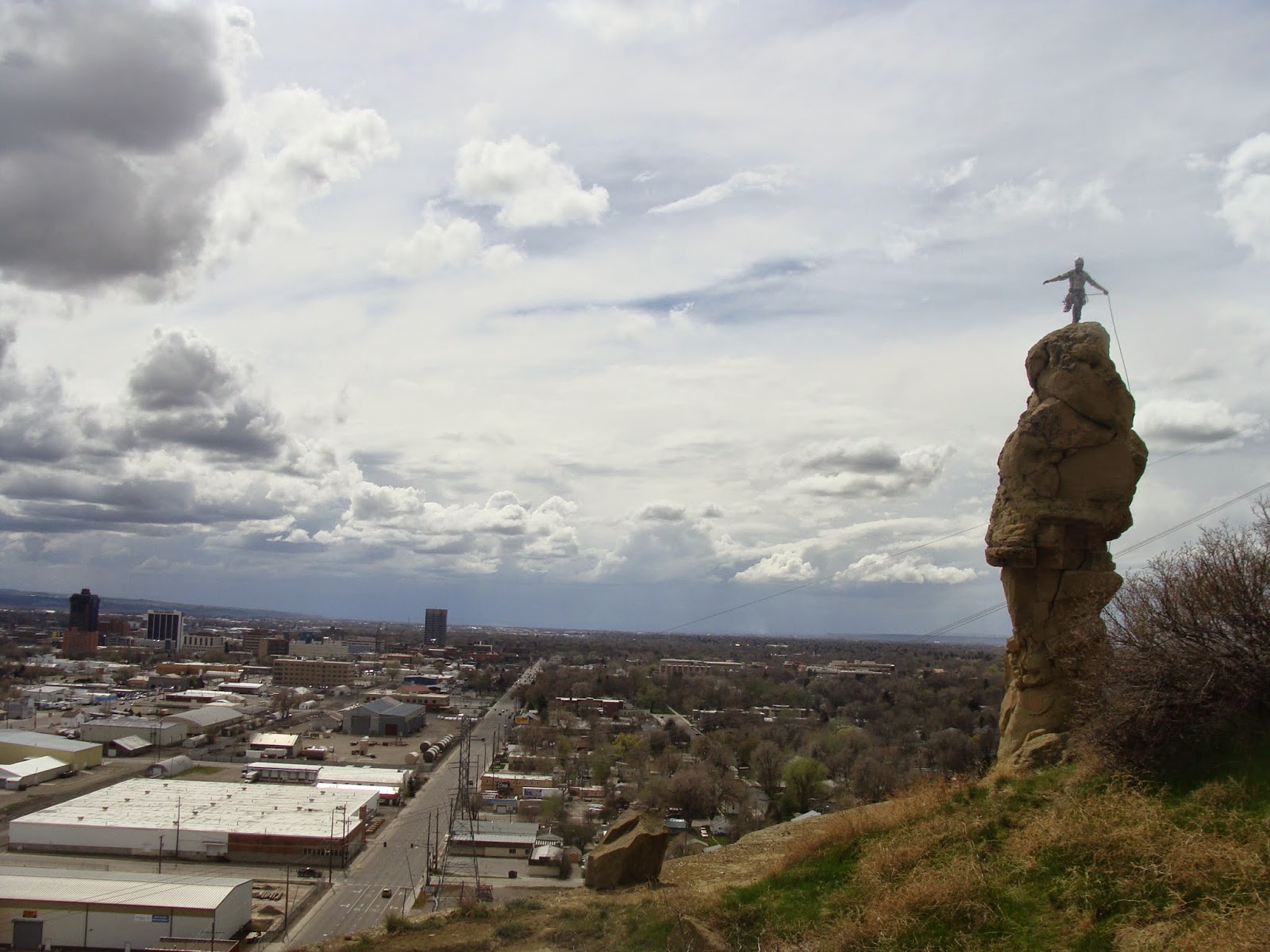 PS.  There was no anchor on top so I placed a terrible piton anchor that shouldn't be trusted.