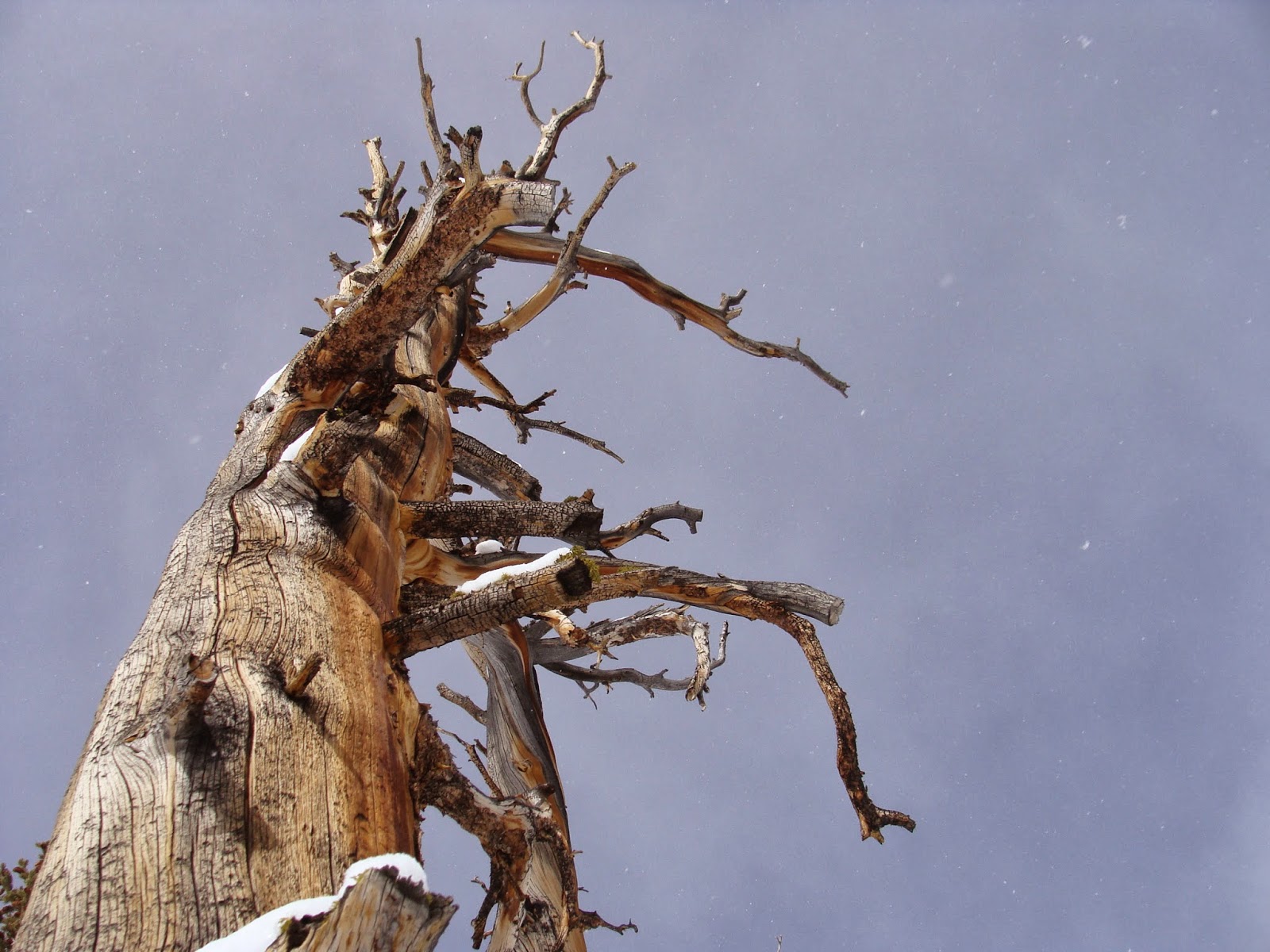 With the start of day light savings time this winter season seems to be paving the way for spring, warm sun, and rock climbing(!).  This winter I have lived in a small shell in a small mountain town with a job that has allowed me to grow deeper as a human more than I thought I could.  It has been one of the strangest and toughest years of my life, but also rewarding and grounding in respect to the big picture.


Here is a 3 part snap-shot of a winter spent in flux:

We have began developing a mixed climbing crag in the Beartooths.  There is only one route so far but the potential is pretty big for modern sport and gear mixed lines.

I asked Rusty Willis if he would be interested in projecting a mixed line I bolted (with help) this winter, he agreed and we promptly core shot my new rope.  We moved the bolt to make the route safe and were psyched that kermantle is so tough! 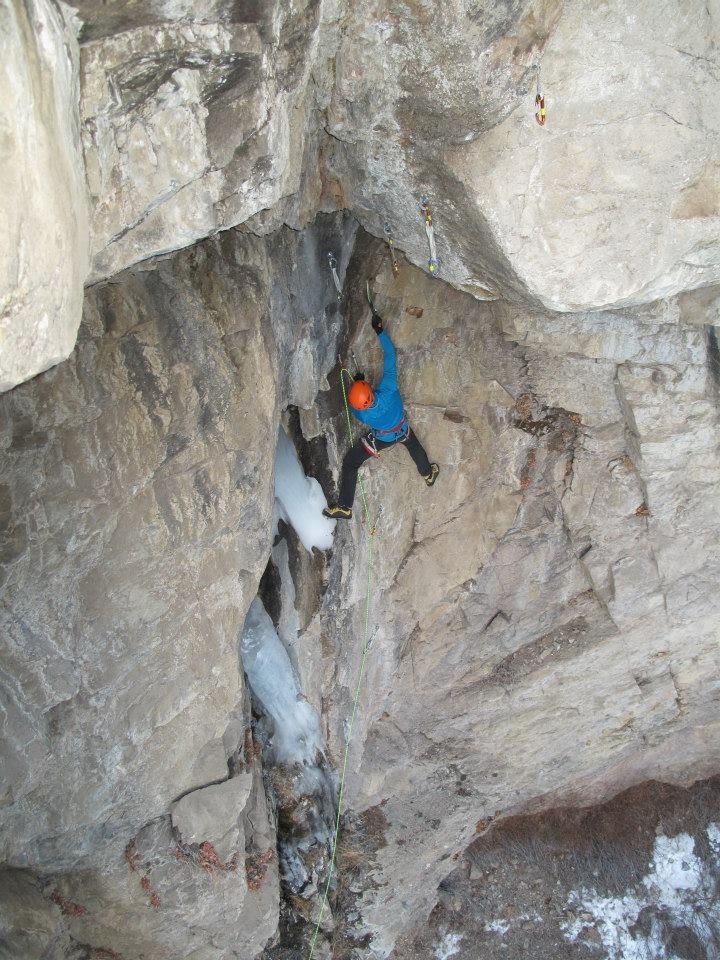 Rusty Willis on the lower section 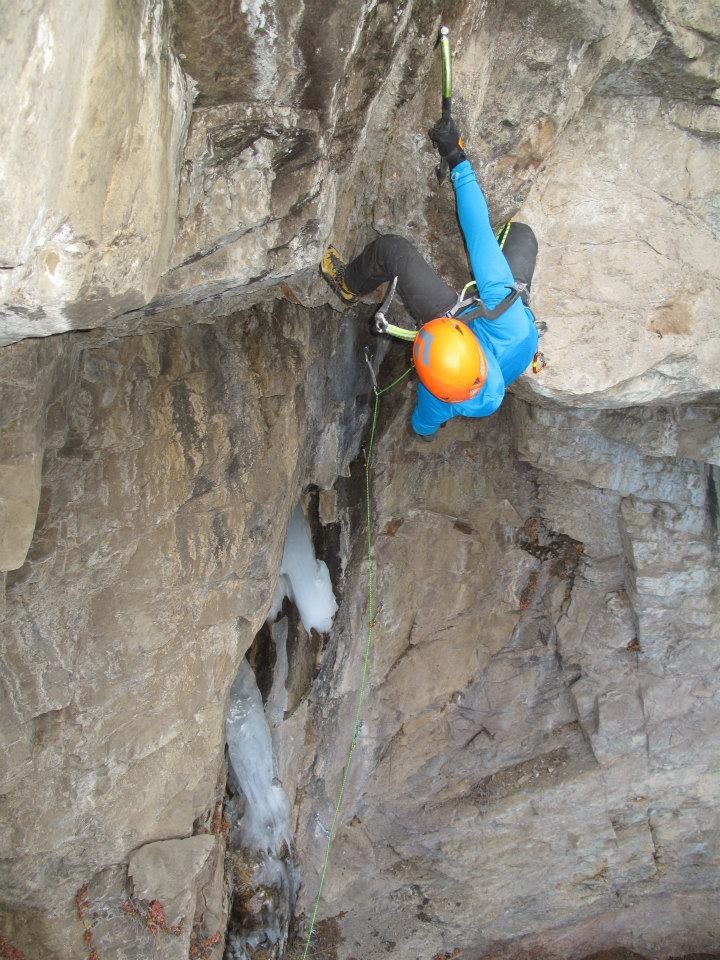 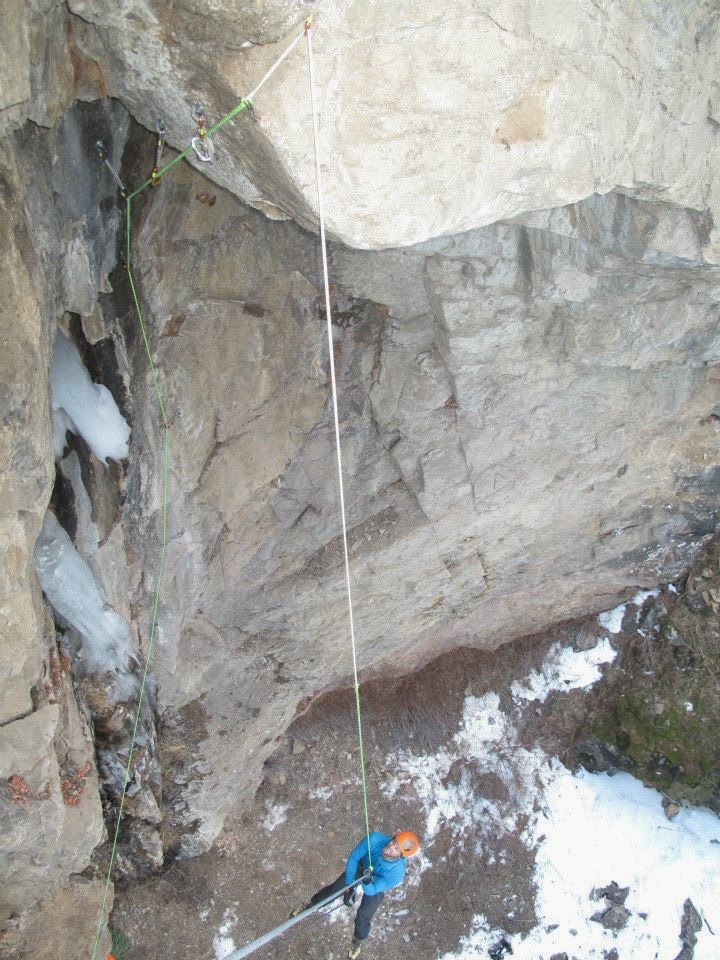 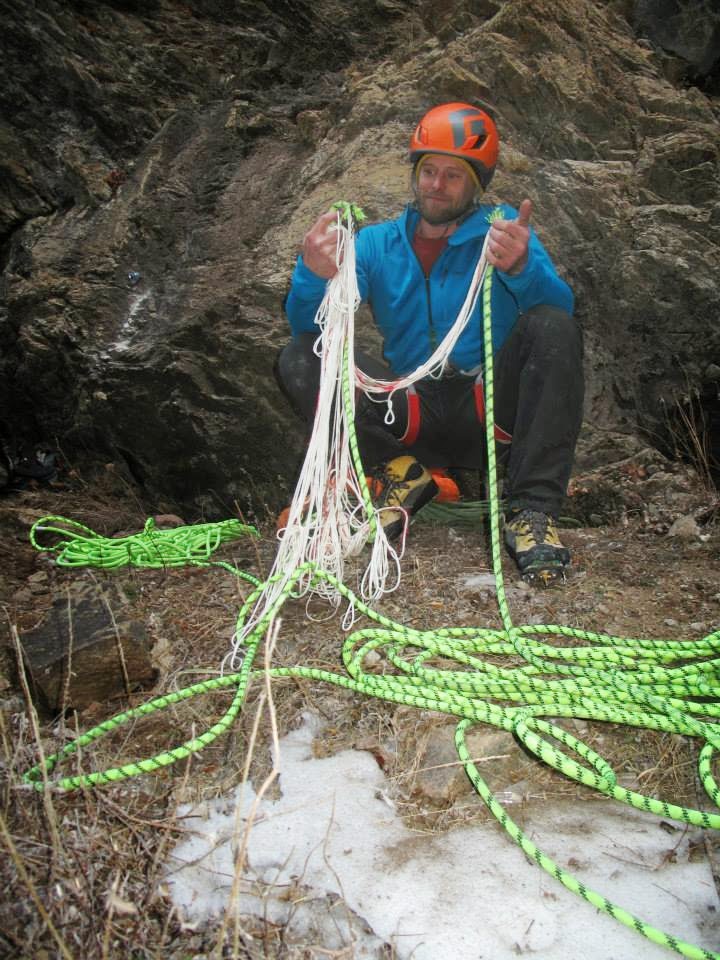 I was allowed to start a climbing club at the school I am teaching at.  In March I took a short bus full of psyched students to Hellroaring falls to go ice climbing.  Beartooth Mountain Guides agreed to help with the logistics and they did an awesome job!  These kids had a great time sending wet ice in blue jeans. 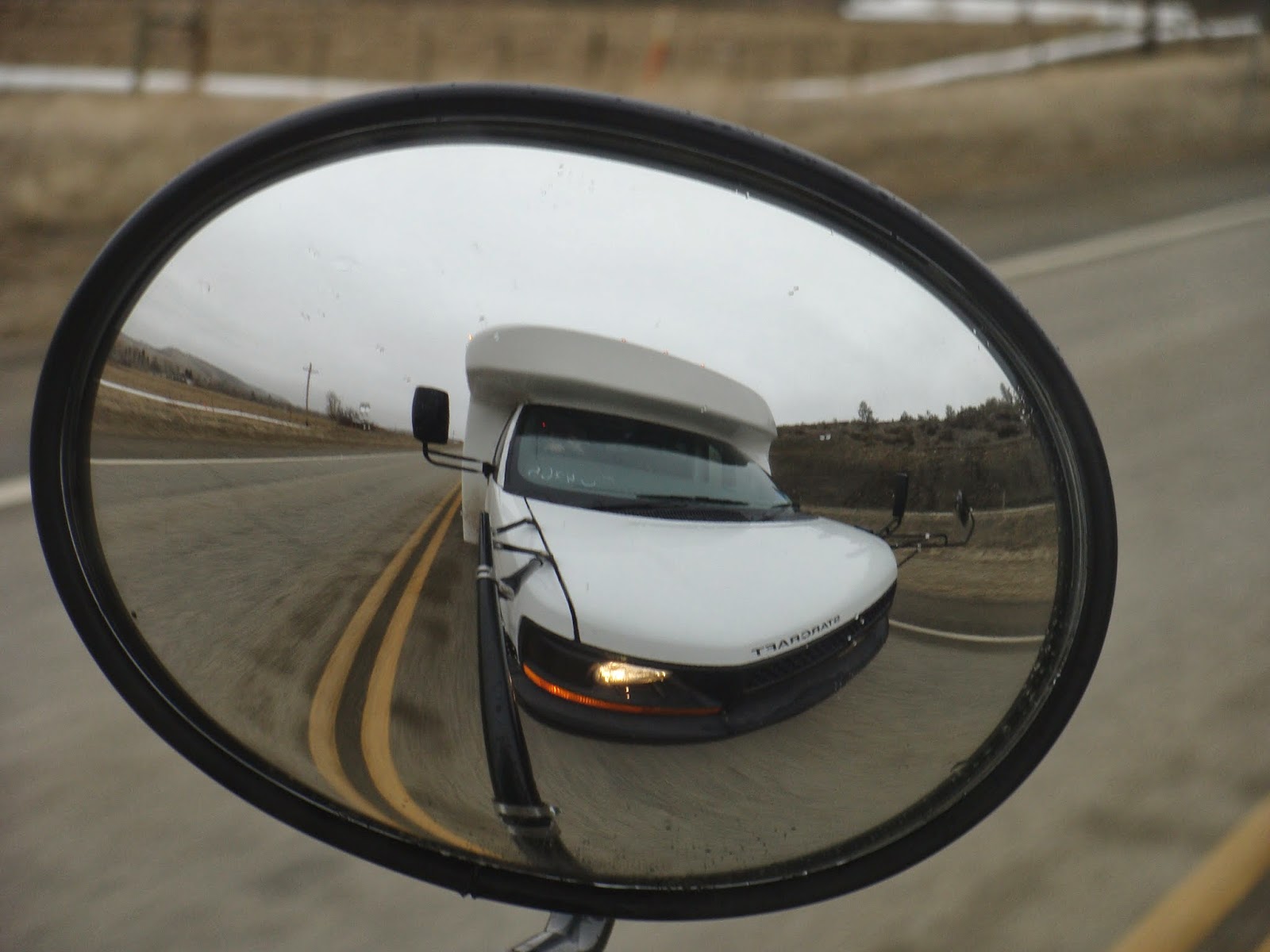 Rolling large in the short bus 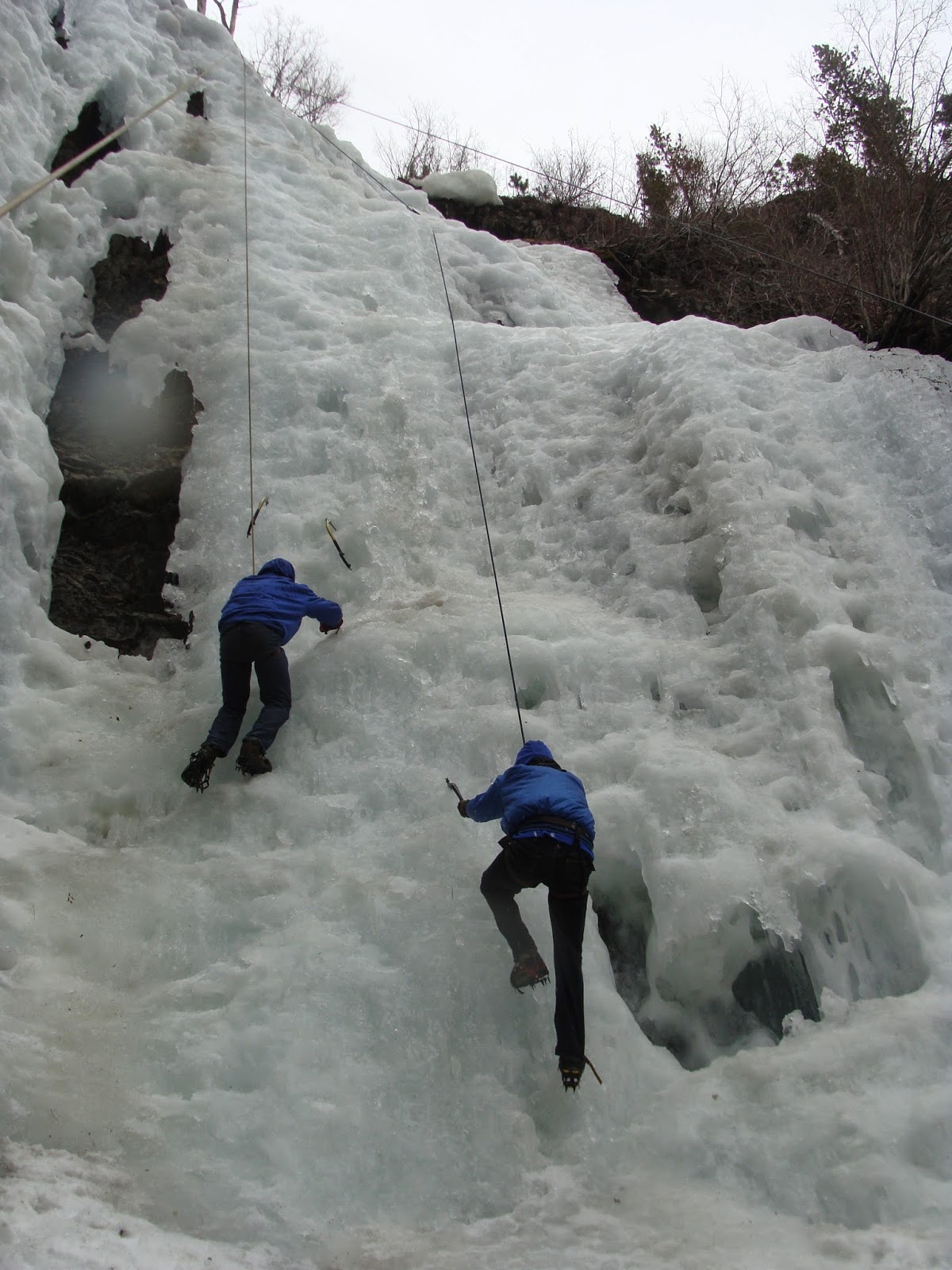 Austin Hart and the students, psyched!

I also got out a few times on the ice exploring and climbing routes I have never done before; Brad Hague, Bridget, and myself tried to find "Lady of the Valley" in Wyoming but the stormy weather hid the climb from us. We ended up climbing a route we had no idea about and had never heard of before.  We couldn't see much in the storm except this flow of ice half way up the mountain side.  It turned out we climbed "Rabbit Ears" a fun alpine ice route made memorable due to absolutely zero beta: 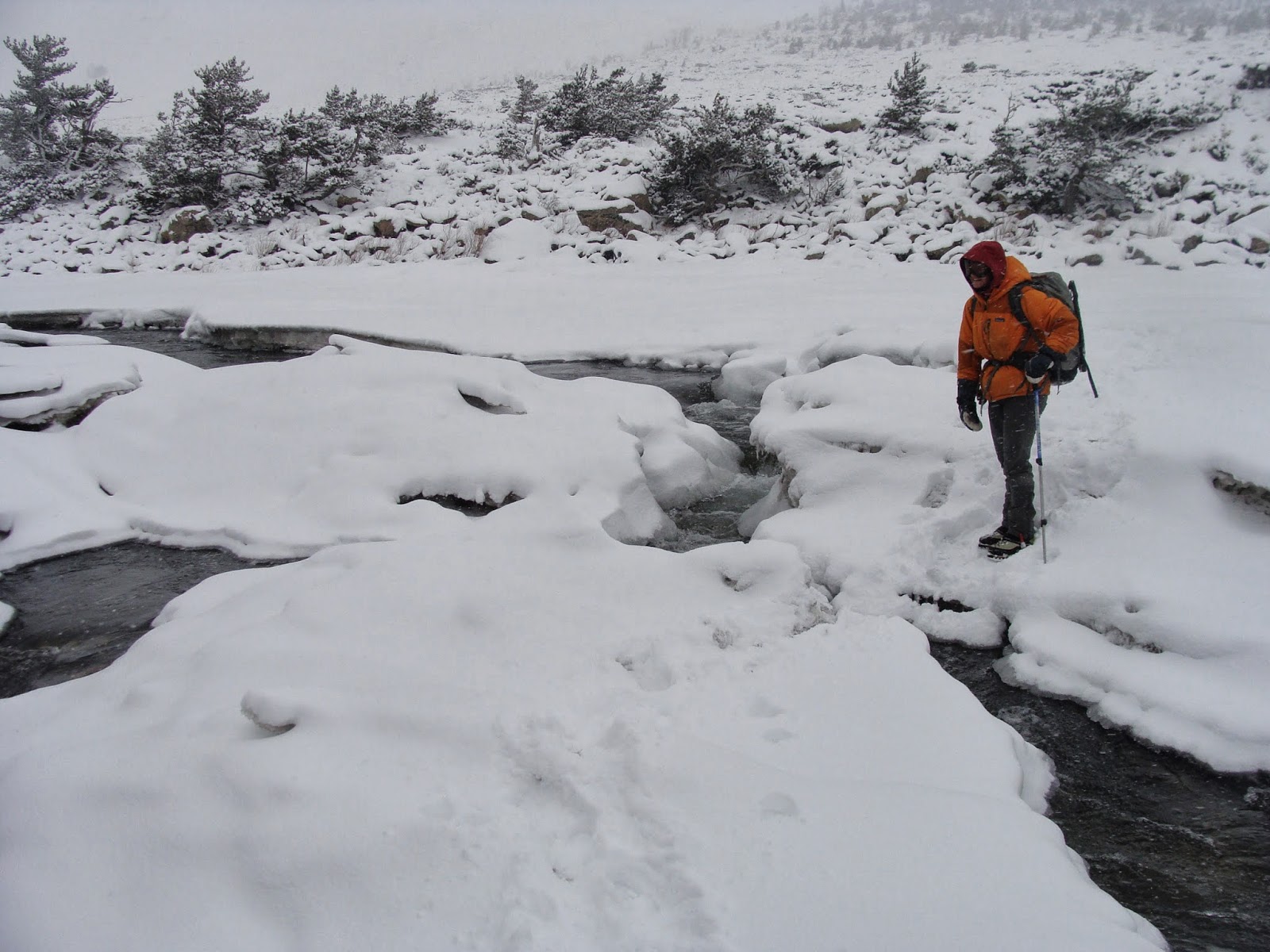 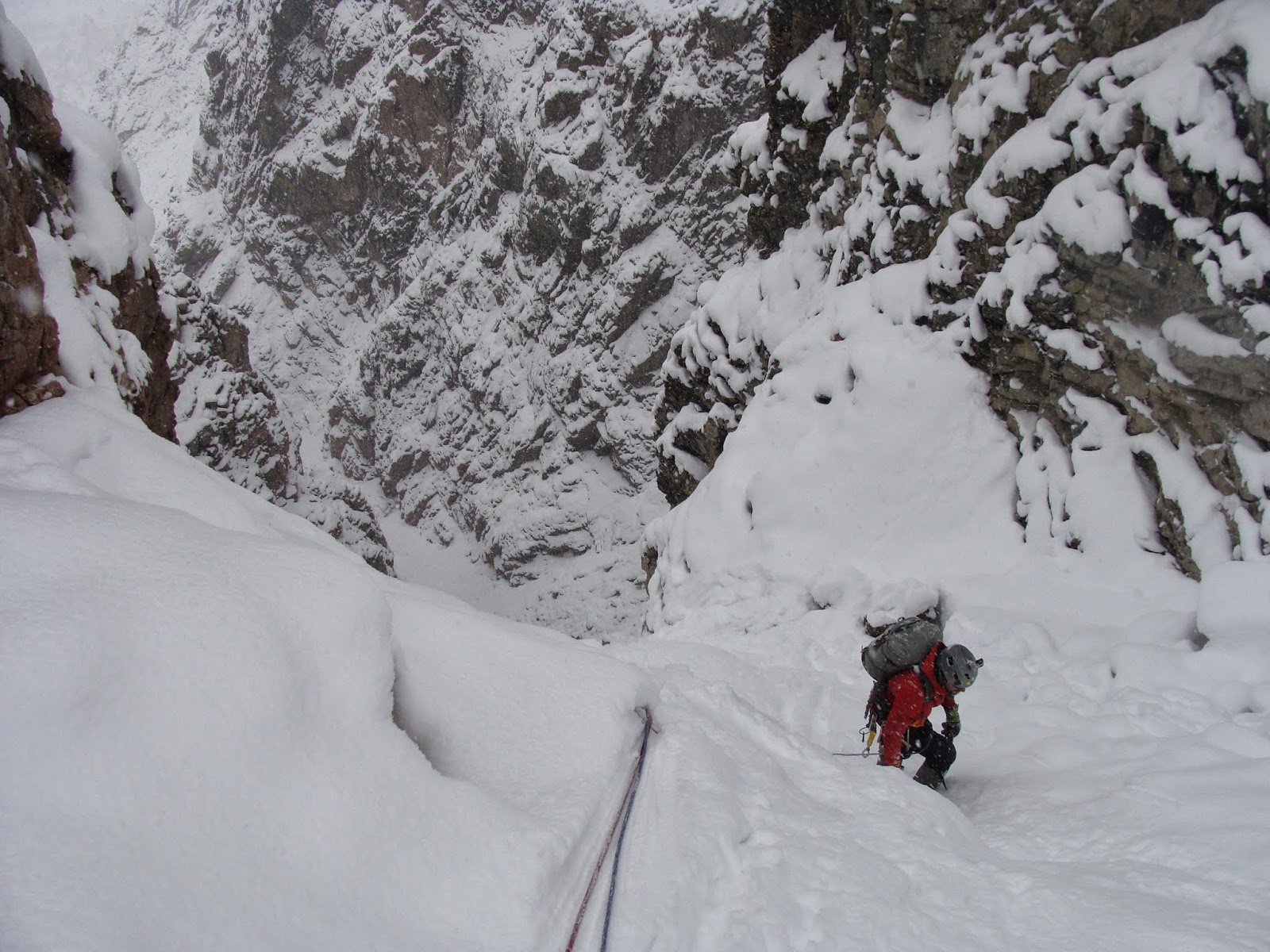 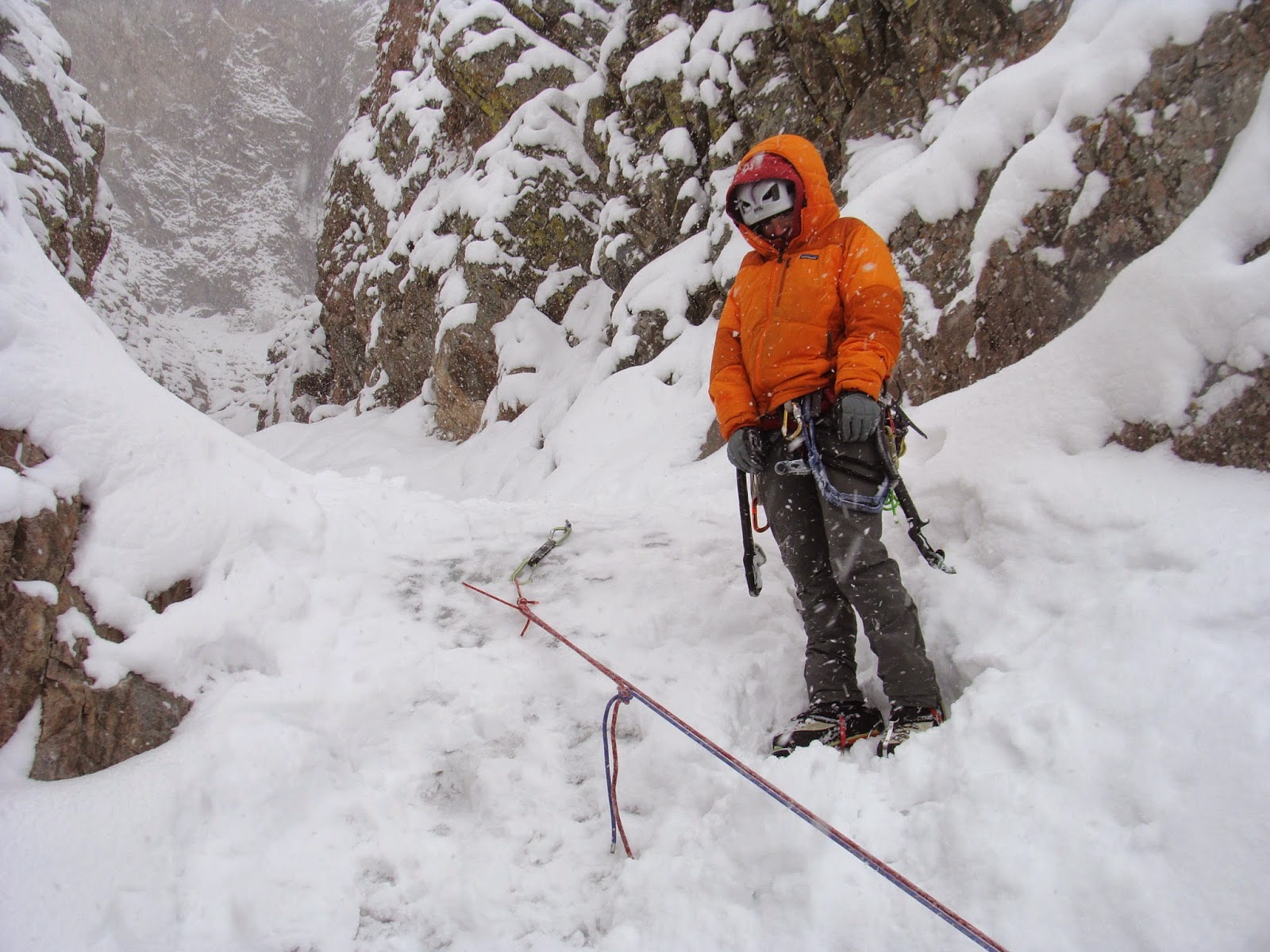 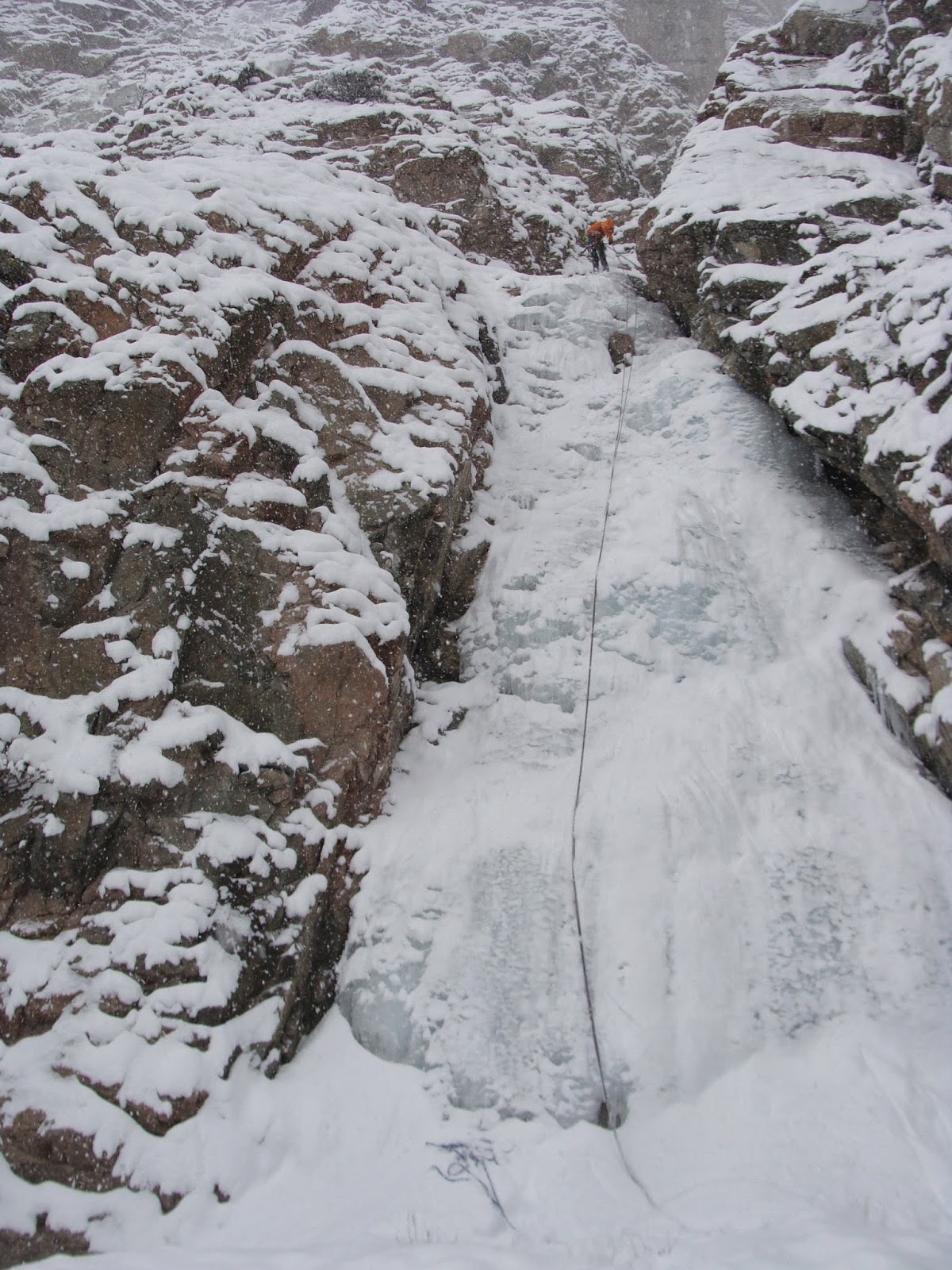 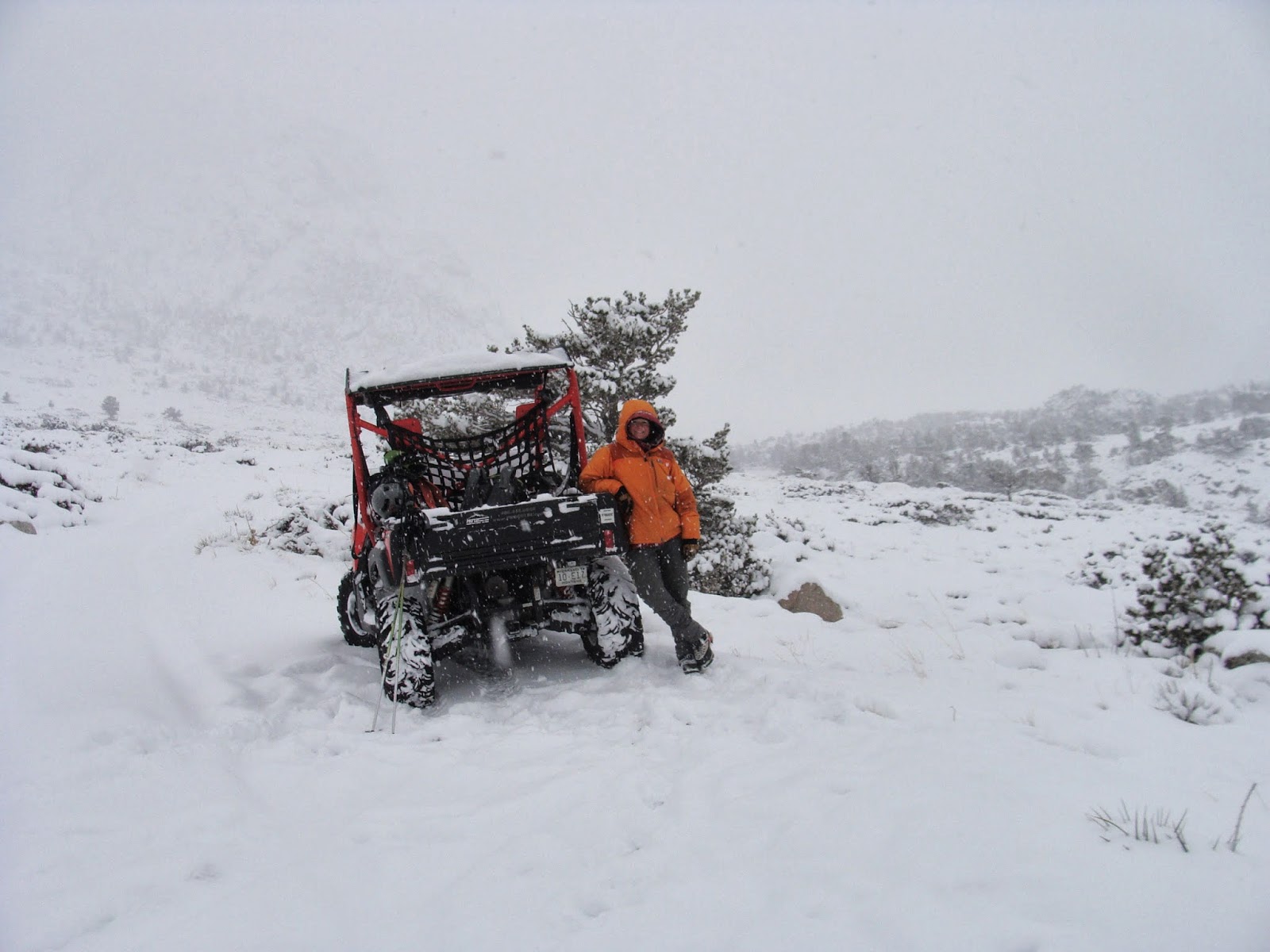 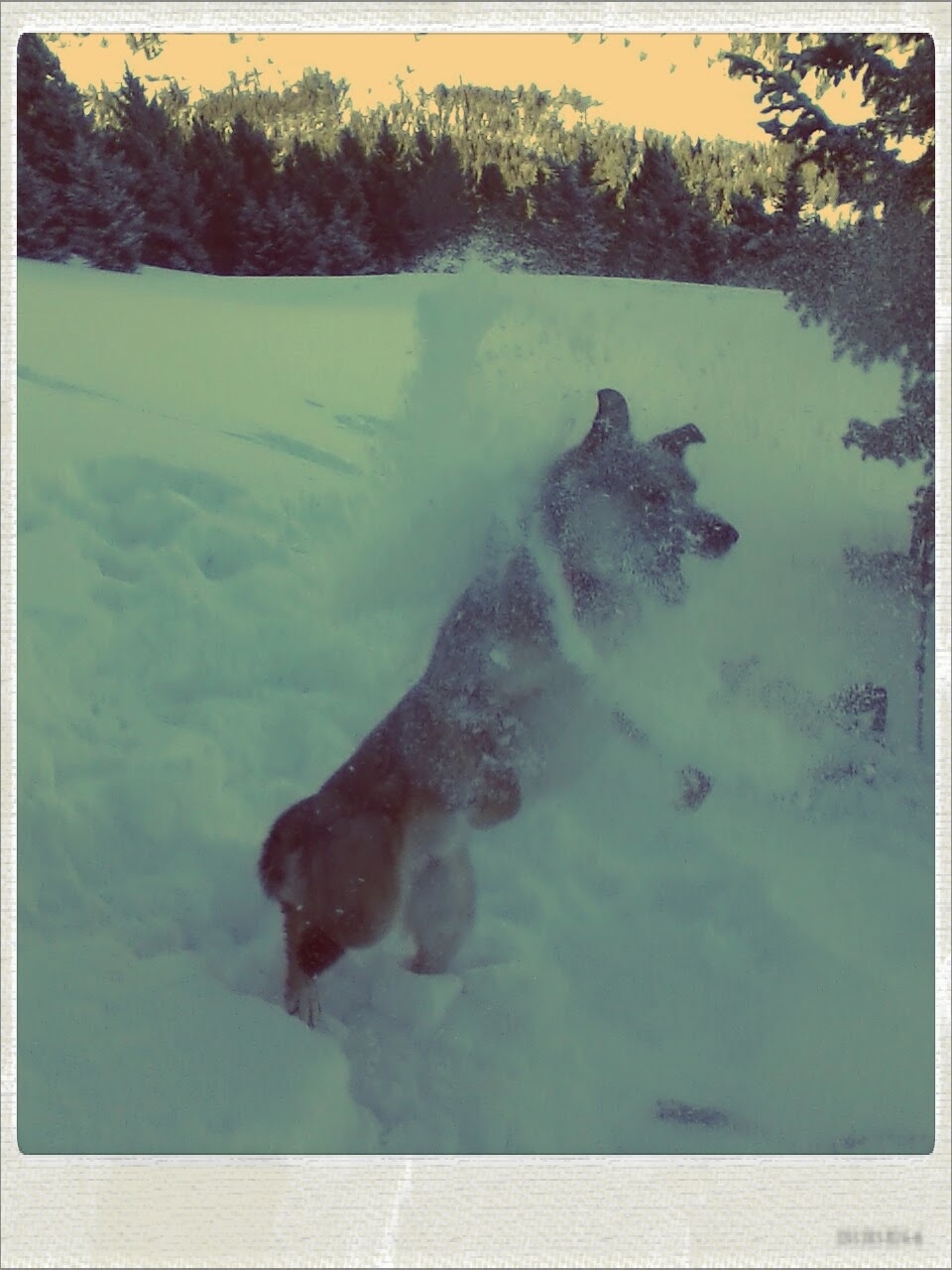 Wilson dog getting a face shot

The Beartooth Mountains have recieved 140% normal snowpack this year, thus I have done more skiing (and have yet to ski powder below my ski boots!) than any other winter.  The snowpack has gone back and forth and there have been many avalanche fatalities this winter in Montana.  We have been playing it safe and have mainly been skiing low angle trees filled with the deepest snow I have skied in the Red Lodge area.

Josh Varney and I skied Misery Bowl in a perfect temperature inversion (-21 in Billings, -14 in Red Lodge, +40 at Misery Bowl).  There was no misery involved, just deep, deep, soft tree skiing. 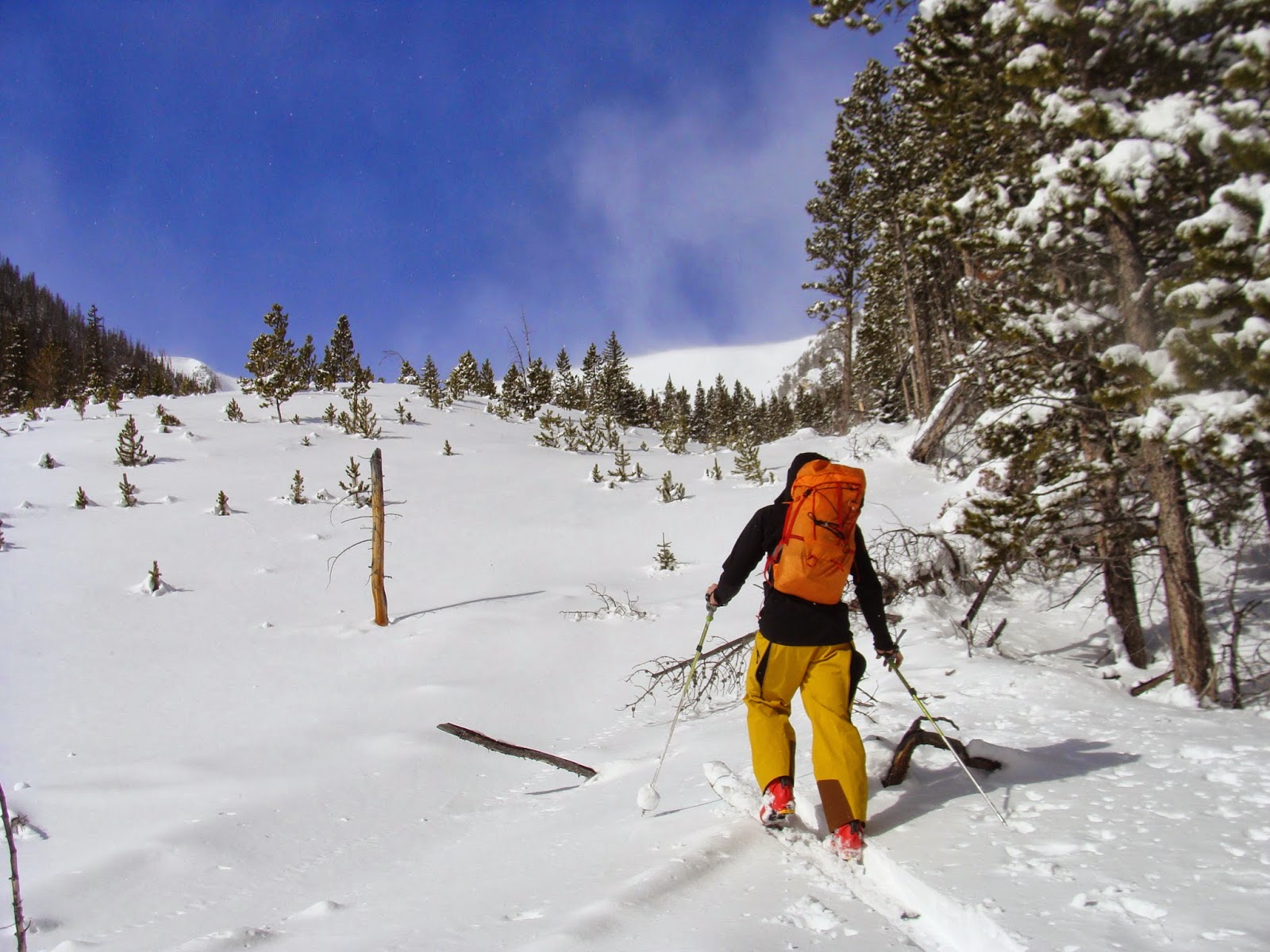 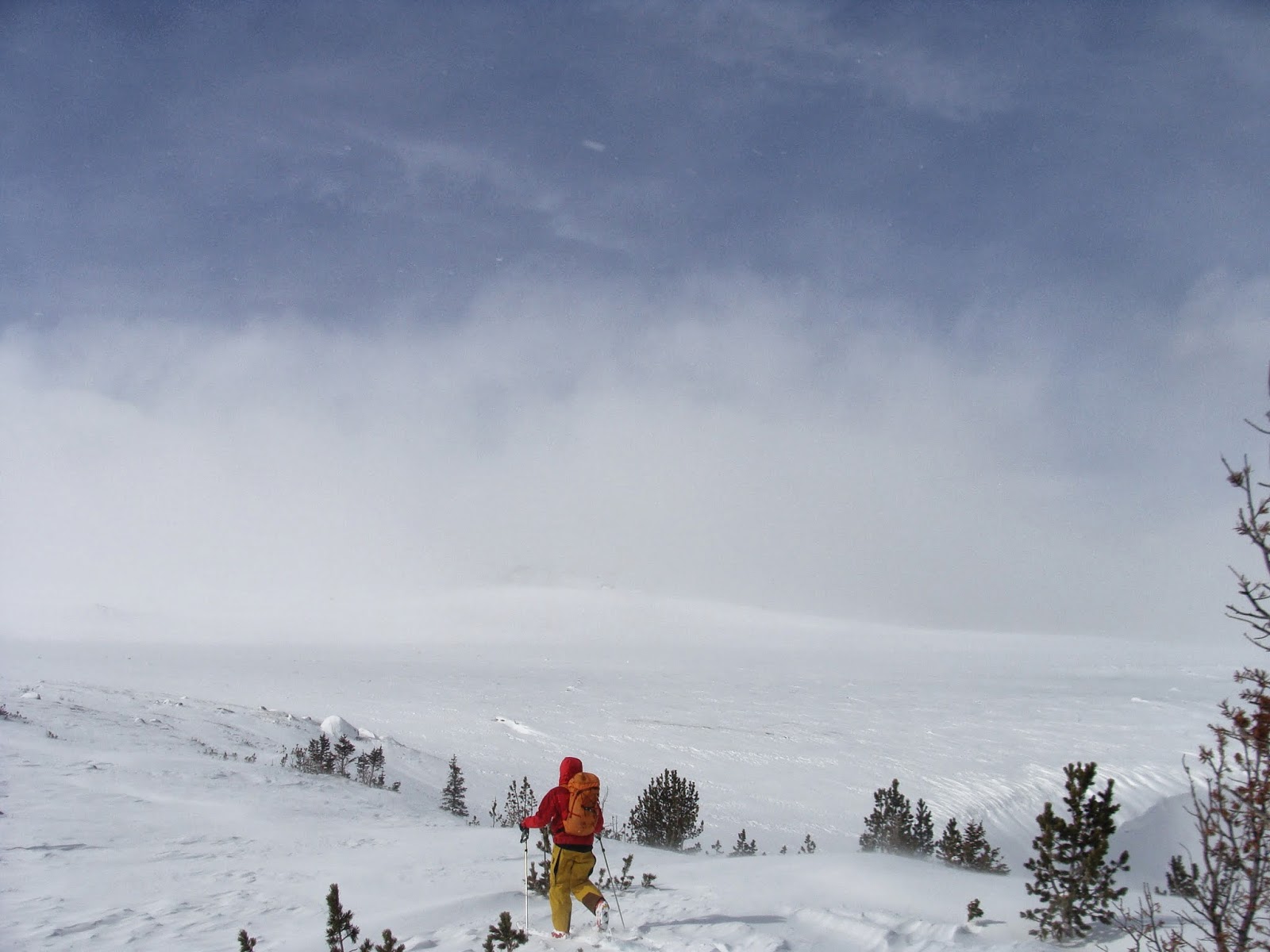 The top of misery bowl 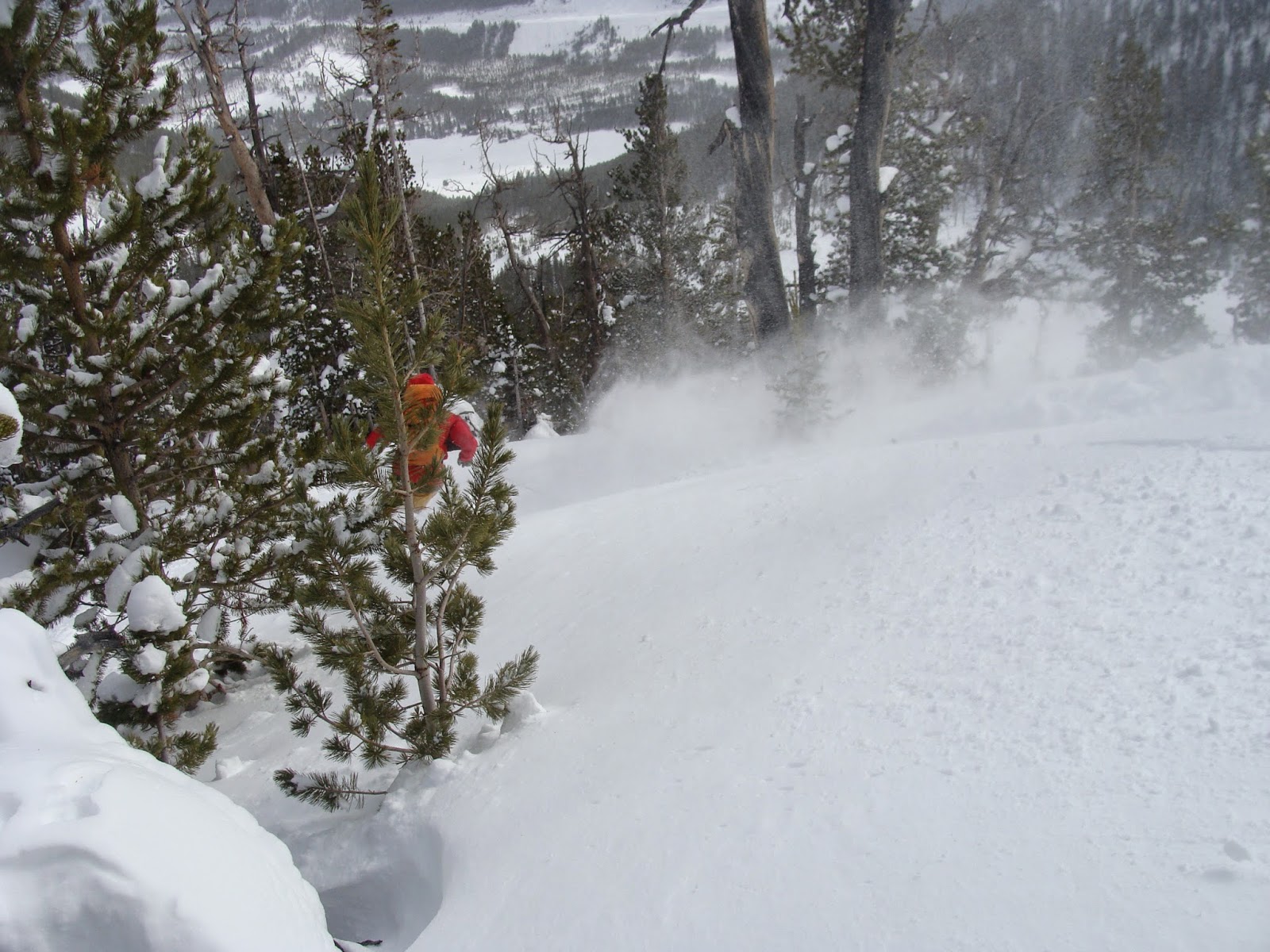 Last weekend Luke Johnson, Bridget, and I tried skiing the entire Hellroaring plateau in the Mount Rearguard area.  We wanted to skin up misery bowl, traverse the plateau, summit Mount Rearguard, and then ski the remaining horseshoe shaped plateau back to the car in a 20 mile day.  We gained the plateau easily but the winds on the plateau drove us down early.  We ended up skiing down to Hellroaring lake and down to the double bridges and the car.  Still a 10 mile day in the alpine, so fun! 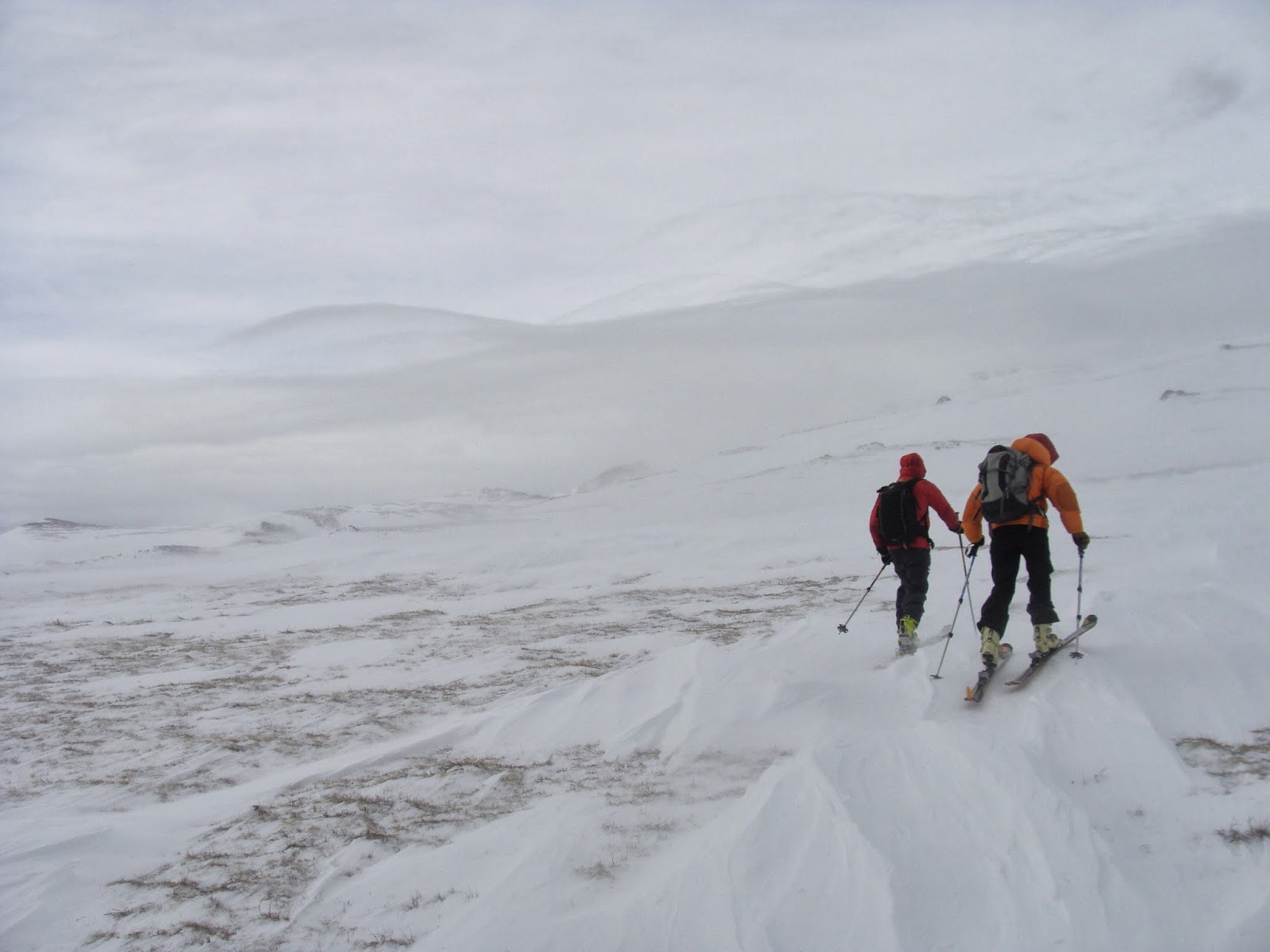 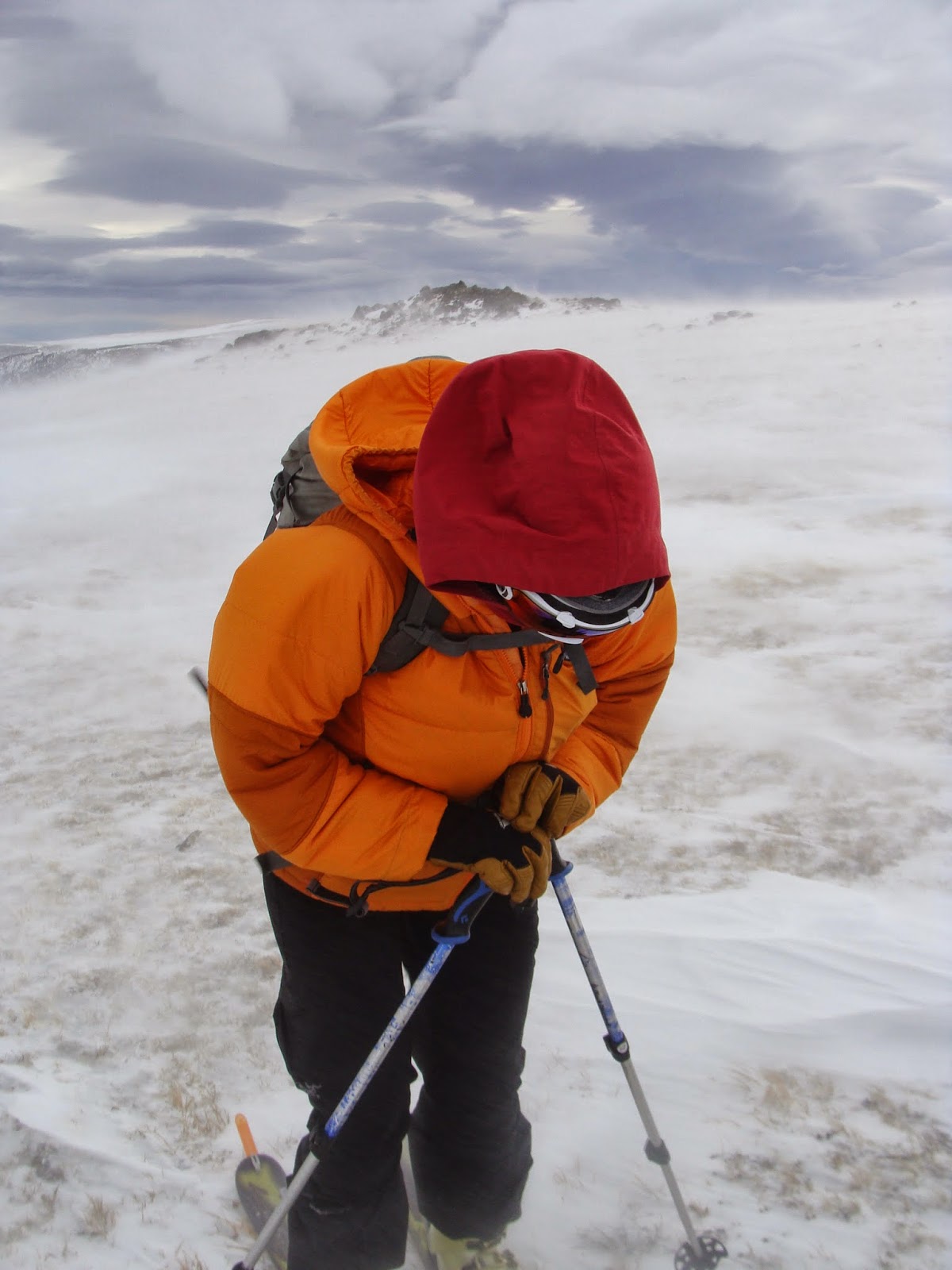 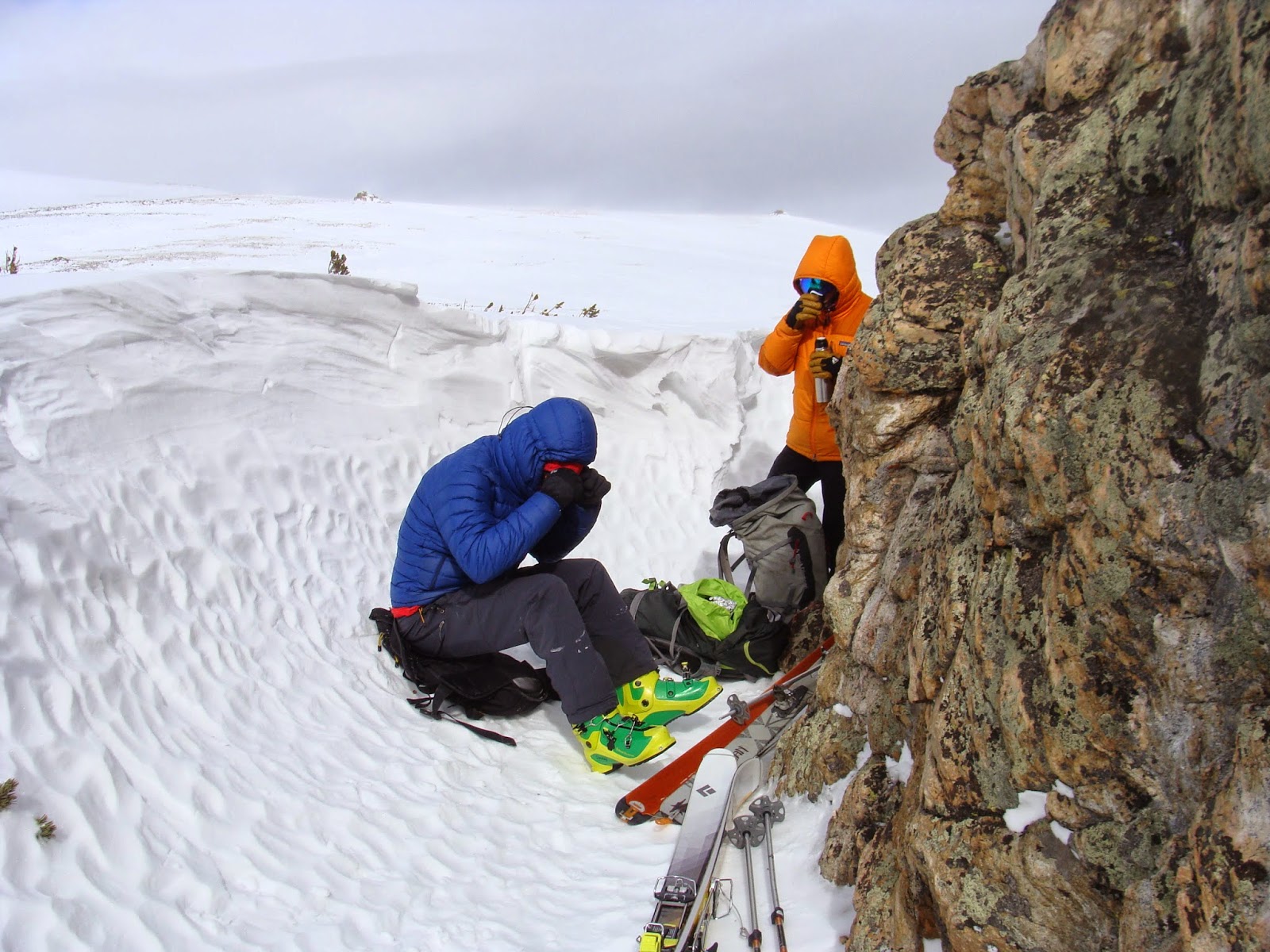 finding shelter in a wind lip 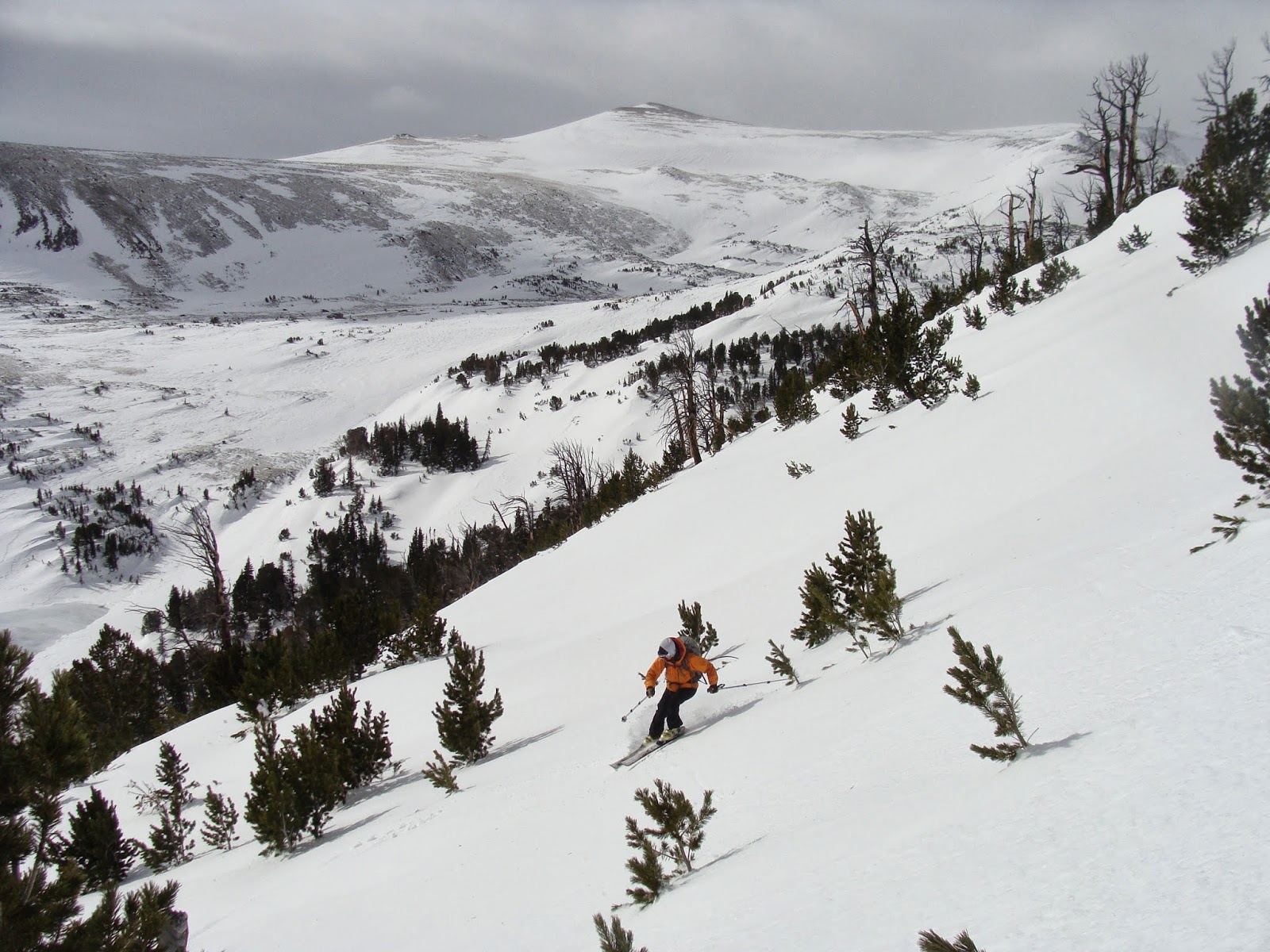 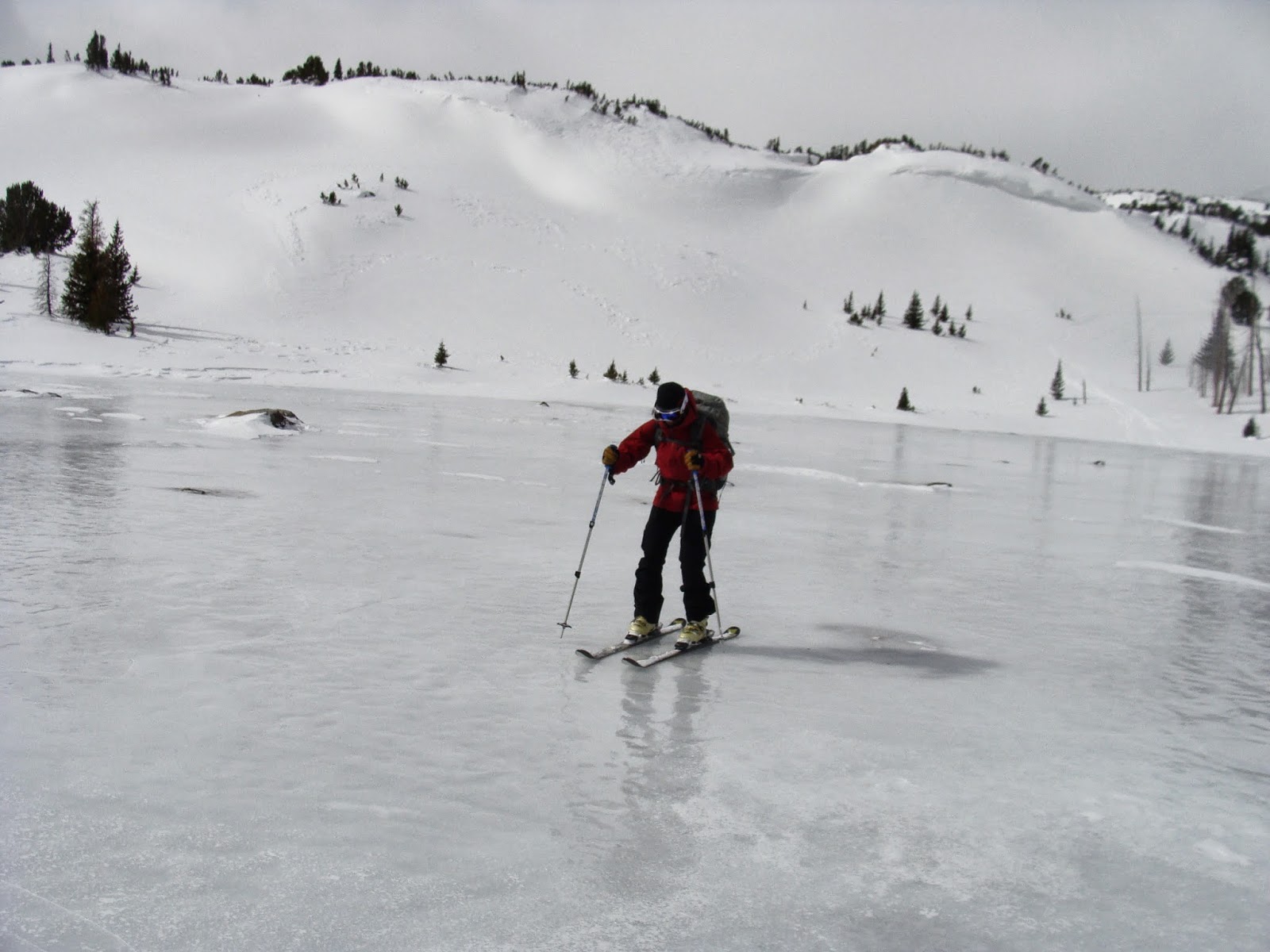 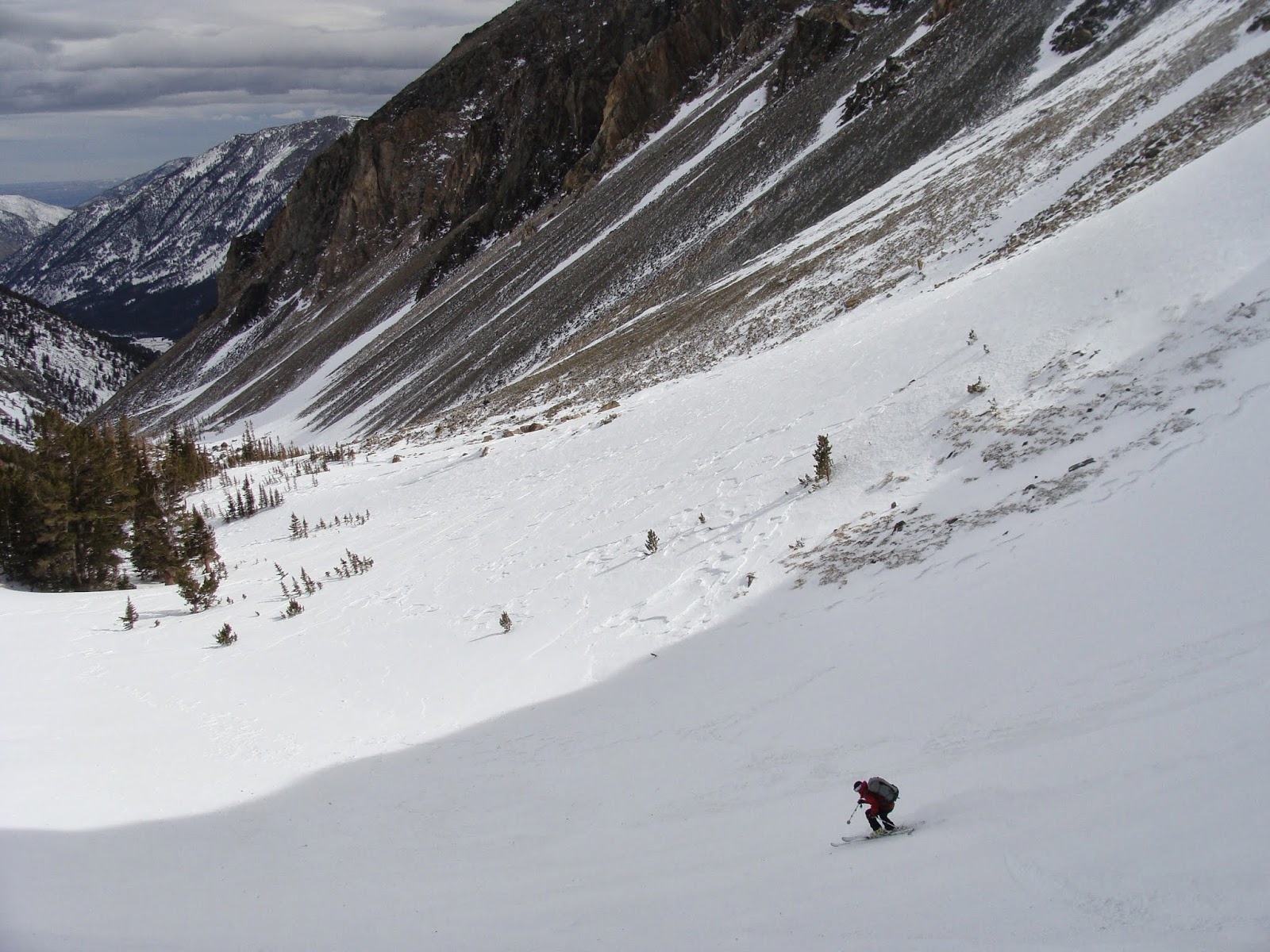 Cheers, Loren
Posted by Loren Rausch at 3:58 PM No comments: