"If it wasn't for choss we'd have nothing to climb" 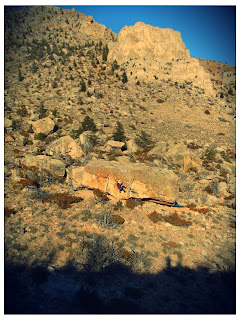 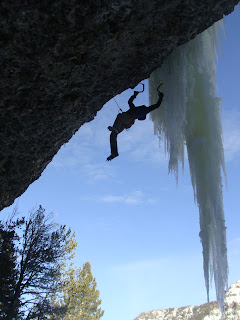 With a very limited amount of time to get out climbing due to teaching middle school science as a student teacher (and a very limited wallet) I have been sticking closer to Bozeman this winter.   I have also been doing something I have never done before as well; I have given a route more that three days of attempts.  I generally dislike projecting routes, it leads to burn out and takes alot of the fun away for me, but this season I have been growing immensely as a climber by projecting a certain route.  Northwest passage is a mixed climb that climbs out a roof in Hyalite canyon and has been my nemesis this winter, I've climbed through the crux a few times now only to unexpectedly pop off or pump off. So maybe if you feel like you have hit a plateau in your climbing world, try picking a route that seems really hard to you and give it a bit of effort, you WILL make progress! 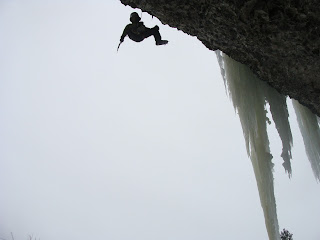 Myself pumped to the max at the lip of N.W. passage (M11). Photo By Bridget B.


The bouldering guru Erik Christenson came out mixed climbing with me and made this funny video of me failing on Northwest Passage.  We ended up going to Billings (MT) later this same day and competing in the Montana Bouldering Competition at Steep World climbing gym; which lead to us going to Chuck E Cheese with the Bozeman Climbing team... we even got to dance on stage with Mr. Cheese himself...
I also got out with Kyle Vassilopoulos as he worked his monster project in Hyalite canyon (which he just climbed!) he named "The house of flying daggers" M12+.  Like always it's badass watching Kyle climb through improbable sequences so well- very, extremly, super, inspiring.  ﻿ 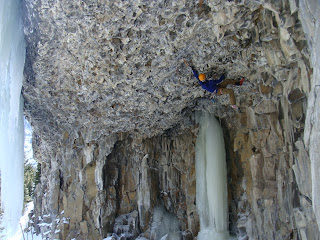 Kyle on the roof of "The house of flying daggers" 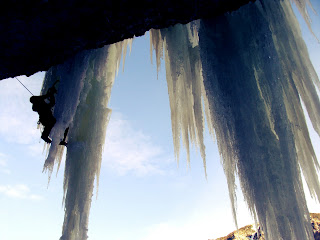 Kyle gaining the ice on "The house of flying daggers".
Bridget and I also headed down to Cody, Wyoming for the 15th annual Cody Ice Fest.  This is such a low-key event, I really enjoy working the Sportiva booth during the fest and watching new ice climbers emerge.  We got out for three days during the event and climbed beautiful ice pillars in the South fork and dry boulders in the North fork of the Shoshone river.  Climbing dry and warm rock in February is such a luxury, we couldn't resist climbing the perfect sandstone boulders. 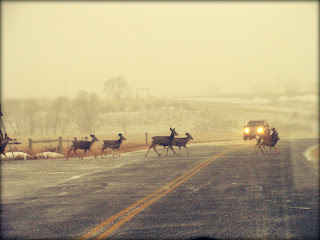 You know you're in Wyoming when... 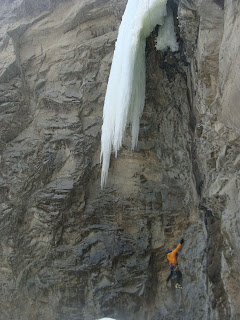 Rusty Willis working the moves and the gear on the"Carotid Artery" mixed variation.  This had some of the loosest and scariest (even on TR) rock I have ever tried climbing. Photo by Bridget B. 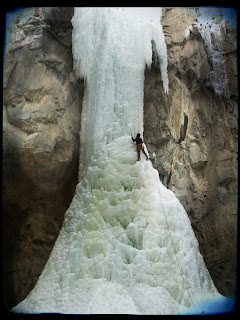 Myself leading "My only Valentine".  Photo by Bridget B. 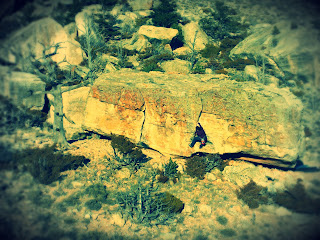 Bridget climbing on the "toadstool traverse" 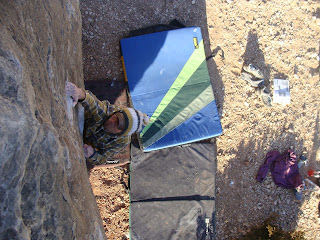 Myself climbing "mini cave center"  Photo by Bridget B. 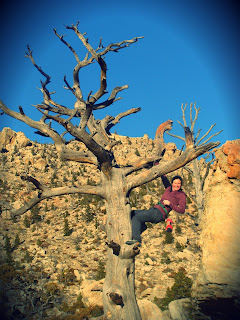